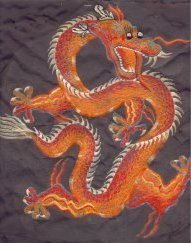 Friar Corentin lived in a small clearing at the heart of a mighty Breton forest. The trees bowed their branches low to form his hermitage, and the abundance of the forest provided for his needs. There was a spring in the clearing which never dried up, trickling out into a hollow rock to form a clear and rippling pool.

Friar Corentin devoted himself to prayer and fasting, as his cloistered abbot had instructed him, in his searching for the unseen god of wind and air and breath. And he allowed himself to enjoy the simple fare of the forest and the cool water of the spring pool.

One spring he began his long lenten fast, as his cloistered abbot had instructed him, to subdue the flesh and to still its earthy desires. He found each day more tiresome than the last. The austere part of him struggled up the stony path of the spirit whilst desire for nourishment filled his aching body and soul.

On the seventh day of his fast, Friar Corentin rose just before dawn and went to the spring pool as usual to drink the cool water and to wash the sleep from his eyes. To the delight of his aching senses, he saw swimming in the pool a golden fish. The gold seemed to flood out of the fish from somewhere within and to fill the dawning forest with its light. And as the eyes of the fish rested upon Corentin, they rested him.

The fish delighted Corentin, and he spent the day meditating upon it. He measured its length and breadth with his eyes. He counted the very scales of its body. He observed the subtle colours of its flesh. He perceived the rhythmic breathing of its gills. He celebrated the undulations of its movement through the rippling water. Delight.

As the days went by, the delighted part of him was captivated more and more by the golden fish, whilst the austere part became more and more demanding that he return to the full, penitential rigour of his fast. As this struggle advanced, there grew in Corentin a desire for the golden fish. In his imagination he tickled its soft underparts in the way he had caught trout as a novice. He imagined grasping the fish and feeling it slithering in his fingers, its flesh oily and smooth and firm, the strange golden light radiating into his hands.

The austere part was strident, desperate, insisting that the golden fish had been put into the spring pool by the god of fear and wrath for his temptation, to test him and to heighten his sense of mortification, if only he could overcome. In the depth of his struggle he prayed and prayed, “Oh thou god of fire and tempest, keep me from temptation and preserve and protect the golden fish from my desires.” Torment.

At noon on the fourteenth day of his fast, Corentin stood by the spring pool utterly wearied by the struggle and strangely detached and still. As the eyes of the golden fish rested upon him, he reached into the water, lifted out the fish, and placed it in a pot; a pot which, in his detached way, he just happened to have warmed over the glowing embers of the fire he just happened to have made that morning.

As the golden fish sizzled in the hot olive oil, he threw in onions and shallots and courgettes and sliced roots and rosemary and thyme and mushrooms and lots and lots of garlic. What savour filled his nostrils as the golden light irradiated the cooking pot? He remembered a bottle of fine Chateauneuf his cloistered abbot had given him in a rare moment of generosity. He opened it and began the finest breakfast he had ever known. The pot’s bounty was unconfined, overflowing, and he ate and drank and enjoyed until he was perfectly satisfied.

Afterwards, he began to reflect on what he had done, the enormity of it. The golden fish had looked at him, and he had calmly and thoughtlessly grabbed it and eat it. What was worse, he had eat it with great relish and enjoyment and had felt satisfaction and contentment. He was mortified. Ashamed. The austere part possessed him, calling him vile and weak and wicked and accursed for such a deed. And a tiny, tiny part of him said to itself, “God, but it was good.”

At the end of the day, forlorn and downtrodden by the austere part, Corentin slowly gathered up the head and tail and bones of the golden fish. He walked to the spring pool and threw them into it. Then, because he felt so weary and beaten, he lay down and slept.

The following morning, Friar Corentin rose just before dawn and went to the spring pool as usual to drink the cool water and to wash the sleep from his eyes. To his amazement and delight, there swimming in the pool was the golden fish. In that moment, he knew that the fish had been put there by the god of sowing and gathering, not for his temptation – or, not only for his temptation – but for his delectation and joy. Like the sheltering and abundant forest and the spring pool, the fish had been put there for his nourishment and for the comfort of his flesh.

He was a different person. Each day for the remainder of the lenten fast he observed his spiritual practice with a light heart and ate the fish with an easy conscience.

On the last day of the fast, there came a great racket and tumult in the forest, the baying of hounds, the whinny of horses, the crashing of branches, the howling of the hunted deer and the coarse bellowing of men. There broke into Saint Corentin’s quiet clearing King Gradlon and fifty of his bold retainers, their horses steaming in the cool morning air. They had lost the quarry. She had escaped, sure-footed, into the dense undergrowth.

King Gradlon was tired and hungry. He was angry and frustrated he had lost the prize of his manhood in the chase. Seeing Corentin, Gradlon turned his anger upon him, “Thou, miserable little friar, give us all something to eat or I’ll have thee flayed alive and carry thee home on a pole.”

Gradlon’s retainers watched with surprise and listened with awe as Saint Corentin walked slowly towards the king, still astride his mount, looked him straight in the eye, and said,

“King Gradlon, thou art a mighty lord, but this is the land of one mightier than thou, the god of wood and stone. Here thou art his guest and mine. Welcome. I have olive oil and onions and shallots and courgettes and sliced roots and rosemary and thyme and mushrooms and lots and lots of garlic. I have the dregs of a fine Chateauneuf. And I have one golden fish. With these I will serve thee a feast like thou hast never known. And before this day is out, thou, mighty king, shalt willingly bend the knee to the god of deer and hound.”

The retainers sat silent on their steeds. No breath stirred. Save that the air fizzed and crackled between the two men as they confronted each other. Gradlon was a man without fear. He would wrestle with bears. He would fight a wolf-pack if they were his quarry. As he absorbed Corentin’s words, his hand moved to his blooded sword. But he sensed a supernal strength in this slight saint, whose eyes rested upon him still, a strength like he had never met, that made him shift uneasily in his saddle and stay his hand. All the same,

“I shall make a bargain with thee,” he said, with a great laugh to hide his unease, “A few weeds and one fish do not sound much of a feast to me. But, if thou canst feed me and all of my men until we are satisfied, I shall not flay thee alive and carry thee home on a pole.”

The tension eased. King Gradlon and his men dismounted and stood around easily, making laughter. Corentin poured olive oil into his pot and set it to warm over the glowing embers. He gathered and prepared onions and shallots and courgettes and sliced roots and rosemary and thyme and mushrooms and lots and lots of garlic. He decanted the dregs of wine. Finally, he tenderly took the golden fish and put it in the hot oil with all the other ingredients.

When the meal was ready, the king and all his retainers sat down to the greatest feast they had ever known. Their palates were enlivened by the most delicate flavours. The pot’s bounty was as ever unconfined. The jug of wine was always overflowing. And they ate and drank and enjoyed until they were all perfectly satisfied.

In his amazement at such a feast, King Gradlon turned to Corentin, saying how sorry he was to have struck such a bargain and asking what he might offer in recompense.

“There is one thing thou canst do,” Saint Corentin said, “Take the head and tail and bones of the golden fish and cast them into the spring pool.”

The king did as he was bid, and before his eyes the head and tail and bones came all together and the golden flesh reformed. And as the eyes of the fish rested upon Gradlon, the king willingly bent his knee to the lively god, and all his retainers with him. And Corentin took the cool water of the spring pool and a little olive oil and anointed the brow of King Gradlon and all of his men in the name of the self-giving and self-renewing god.

Based on a Breton story, Saint Corentin and the Fish, from Saints and Changelings, Agnes Ashton, 1975, published by Blackie.